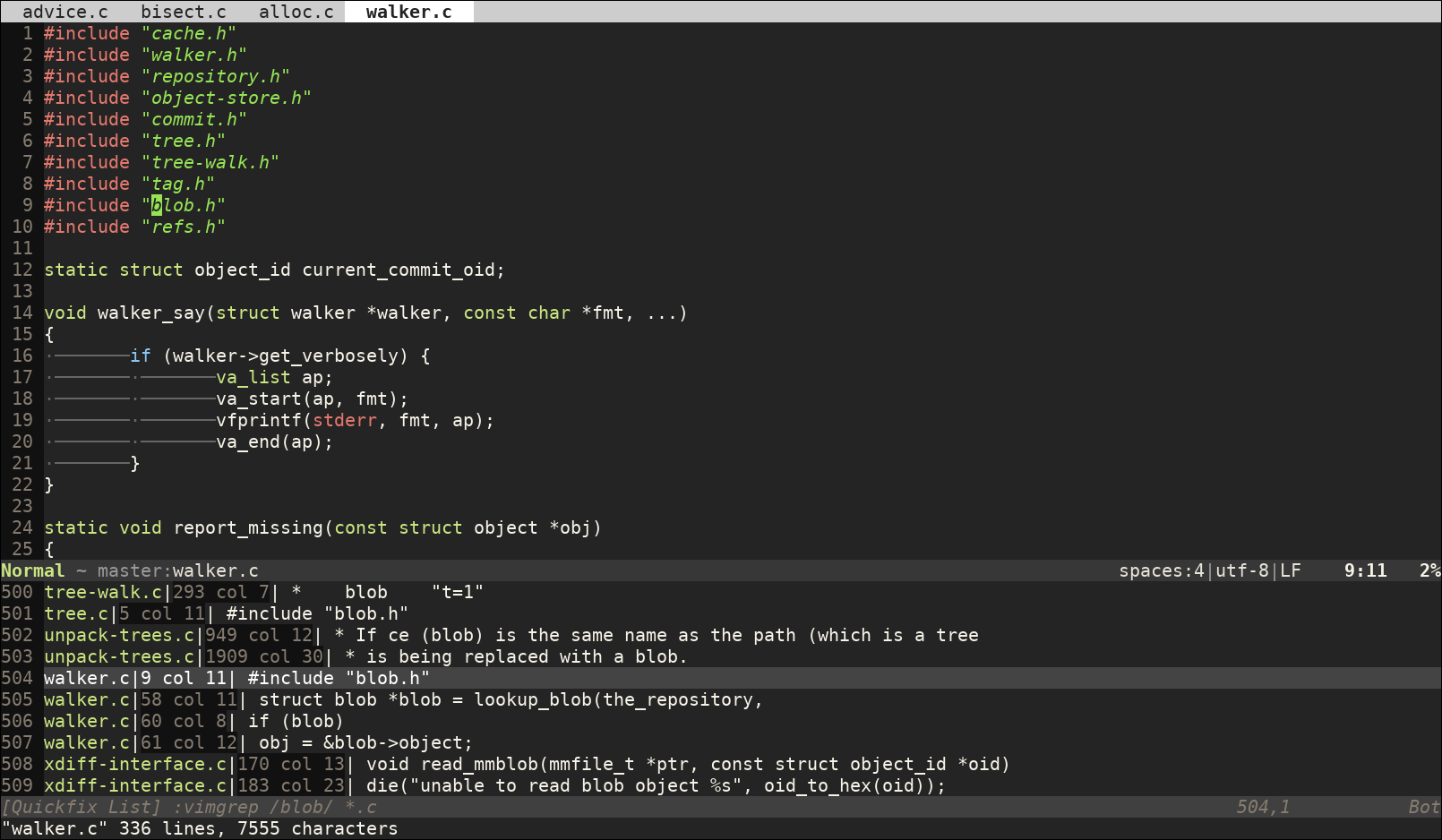 These lists are very flexible and are used by multiple Vim commands. For example, you can search across several files and store the positions of the resulting matches in them. Once you have the results, you can jump to some of those positions or iterate through them one by one.

Common uses for them are:

The difference between they both is that, while there's only one quickfix list in the editor, the location list is always associated to one of your windows. Which means that more than one location list can exist at the same time. Which one to use depends on what you're doing at that moment. In general, however, you can safely use the quickfix list by default when given the option, unless you have a specific use case for a location list. For example, in the case of linting plugins, they typically run diagnostics for each file independently and store the results in the location list of the window associated to each file.

Vim offers multiple options for searching a pattern among multiple files, but we can use the rather simple :vimgrep command to show a quick example of how the quickfix and location lists can be populated:

This command will recursively search my-string in all C files from the current directory downwards and store the results in the quickfix.

To do the same for the location list, you only have to use :lvimgrep instead:

Other commands that use these lists are :make and :lmake (used to build your program) or the commands provided by plugins for linting or for integrating external searching tools.

And you can close it by pressing x (like for any other window) or using:

The window opens at the bottom of the screen with the list of results, showing the file, position and text where the result was found:

The quickfix window works like any other one except that you can press Enter when the cursor is over one of the results to jump directly to it.

Opening the quickfix window is not the only way of interacting with the quickfix list. You can also quickly iterate through the results using:

The location list works in a very similar way to how the quickfix one does, but since it is linked to a particular window, it is used mostly to show results associated to the buffer that is displayed in it. For instance, it is very useful to have the syntax errors found by running a linter over the current file in the location list.

To open and close the location window use:

And to iterate over the results of the location list use: